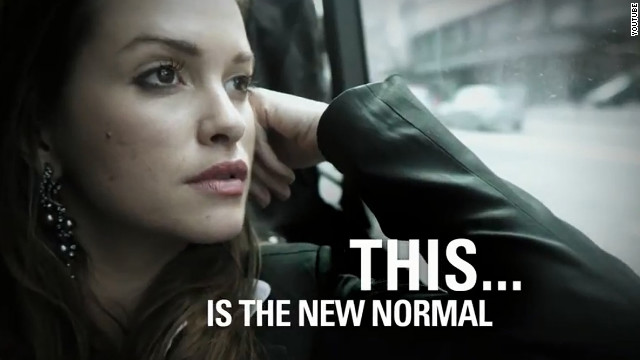 (CNN) – As President Barack Obama heads to Wisconsin for a post-debate campaign rally, the super PAC supporting his rival Mitt Romney will air an ad in the state hammering the president for his record on jobs and the economy.

Restore Our Future said it would spend $1.2 million to air the spot in the Badger State over the next week. A Marquette University poll conducted September 27-30 showed Obama leading Romney in Wisconsin 53%-42%.

In the spot, a narrator hits Obama for enacting policies that created a "new normal" of high unemployment and stagnant wages.

"Welcome to the new normal, where over 8% unemployment is 'doing fine' and millions of Americans have simply given up," the narrator says. "Where our children will grow up under the weight of crushing debt in a world where America is no longer the leader. And we're told we're going forward – even as we fall further behind. This is the new normal. This is President Obama's economy."

"Demand better," the narrator in the ad concludes.

In a statement, Restore Our Future treasurer Charlie Spies wrote "Wisconsinites understand that Mitt Romney's proven leadership can deliver a better, stronger economy for our families."