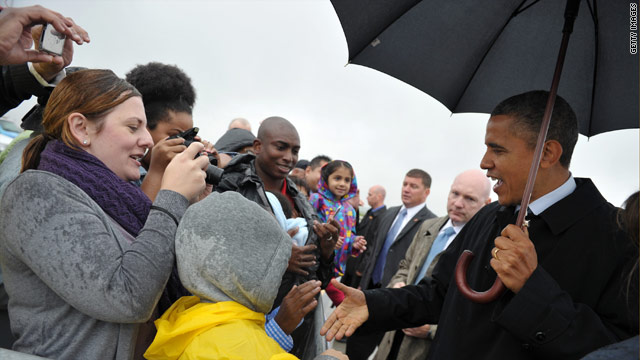 Cleveland, Ohio (CNN) – Appearing newly energized amid the release of a better-than-expected jobs report, President Obama touched down in rain-soaked Cleveland, Ohio Monday and warned that a President Romney would bring the country’s economic recovery to a halt.

“This morning, we found out that the unemployment rate has fallen to its lowest level since I took office,” the president told a crowd that local officials say numbered 9,000. “More Americans entered the workforce. More people are getting jobs.”