As a share of the economy, the deficit fell to roughly 7%, according to Congressional Budget Office estimates released Friday. That's down from 8.7% in 2011, and well below the bruising 10.1% recorded in 2009 during the depth of the economic downturn.
Deficits as a share of GDP in the past four years have been the highest since 1947. 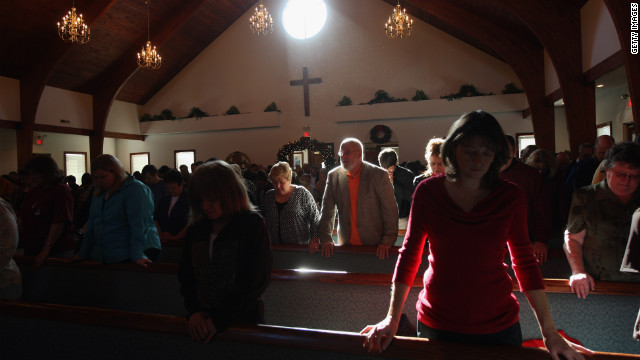 Washington (CNN) - In brief comments to reporters on Friday, White House Senior Adviser David Plouffe questioned the credibility of Mitt Romney’s most recent attempts to distance himself from controversial comments delivered at a private fundraiser last May.

“I think he said they were inelegant,” Plouffe said, referring to Romney’s initial reaction to recordings of his “47%” comments. “There is no elegant way to attack half the country, say they’re victims, say they won’t take responsibility. These are teachers. These are veterans. These are seniors. And the most important thing is his policies reflect that approach and that disdain because his entire economic philosophy is geared toward the very wealthy and burdening the middle class.”

(CNN) – A new CNN/ORC International poll released Friday finds Latino voters don't think the Republican Party has done a good job reaching out to minorities and the Democratic Party cares more about people like them, agree with them on important issues and can improve economic conditions.

Friday's release shows that only 33% of likely Latino voters think the GOP has done a good job reaching out to minorities compared to the 77% who think Democrats have done a good job.
END_OF_DOCUMENT_TOKEN_TO_BE_REPLACED

Unemployment rate below 8% a boon for Obama, but Romney says not enough

Washington (CNN) – Friday's news that the nation's unemployment rate fell to 7.8% provided a much needed boost to President Barack Obama's campaign after a maligned debate performance, and left his rival Mitt Romney without a usual attack line criticizing the president for presiding over an economy with unemployment above 8%.

The report, which is the penultimate set of monthly jobs data before November's general election, also showed 114,000 jobs were created last month. The unemployment rate now stands where it did in 2009, when Obama took office. At a campaign rally Friday in Virginia, the president cast the number as an indication his policies were working.
END_OF_DOCUMENT_TOKEN_TO_BE_REPLACED

New York (CNNMoney) - The big drop in the unemployment rate a month before the presidential election brought cries of disbelief and conspiracy theories from Jack Welch and other critics of the Obama administration Friday. But the Labor Department was quick to dismiss such claims.

Employers added 114,000 jobs during the month, down from a revised 142,000 jobs in August, the Labor Department said Friday. But revisions to July and August mean the economy added 86,000 more jobs than originally reported in those months.

(CNN) – President Barack Obama and Mitt Romney both head back to Virginia Friday for campaign rallies in the morning. Later in the day, Obama flies to Ohio, while Romney heads to Florida.

See the full schedule after the jump.
END_OF_DOCUMENT_TOKEN_TO_BE_REPLACED

CNN Analysis: Five reasons the president fumbled the debate
President Barack Obama turned in a less-than-stellar performance Wednesday night in his first debate this election season. On Thursday, his campaign aides said former Massachusetts Gov. Mitt Romney came armed with distortions. But if the president believed that, he barely brought them to the viewers' attention during the debate. Instead, he turned in a distracted, passionless performance. Here are five reasons he fumbled:

CNN: Obama accuses Romney of dishonesty in debate
A day after losing the first presidential debate, President Barack Obama and his campaign accused his Republican challenger Mitt Romney of being dishonest about tax policy and other issues. "If you want to be president, you owe the American people the truth," Obama said at a campaign rally Thursday in Denver. "So here's the truth: Governor Romney cannot pay for his $5 trillion tax plan without blowing up the deficit or sticking it to the middle class. That's the math."

END_OF_DOCUMENT_TOKEN_TO_BE_REPLACED

(CNN) – Mitt Romney’s campaign released a trio of new television ads Friday, two of which target battleground states and one that blasts President Barack Obama over the deficit.

One of the spots, “Facts Are Clear,” argues the president is misguided on his economic policies.