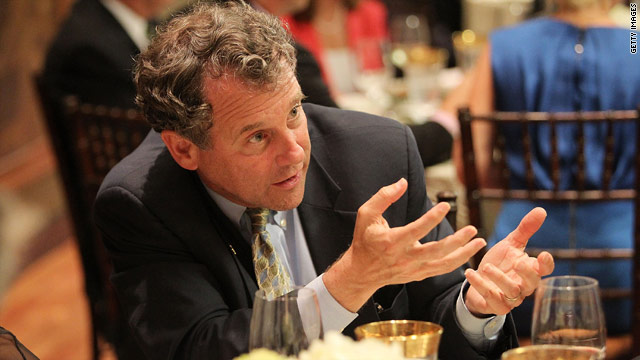 (CNN) - Ohio's largest newspaper on Saturday endorsed the reelection bid of Sen. Sherrod Brown, a Democrat, calling him a "good listener and a creative lawmaker."

But the Cleveland Plain Dealer's editorial board also based its endorsement on defeat of Brown's opponent.

"Electing his Republican opponent, Ohio Treasurer Josh Mandel, would reward one of the nastiest campaigns ever waged in this state," reads the editorial, published on the Plain Dealer's website. "It would reward a candidate who hasn't moved beyond partisan slogans and careful sound bites. It would reward ambition untethered to substance."

The paper credited Brown for his "pragmatic support for an infrastructure bank, for advanced manufacturing research, for balanced environmental policies in a state with huge energy resources and needs" and other bipartisan efforts.

It said the Democrat should do more in the bipartisan vein, especially given the current political environment.

"We wish Brown would round off his partisan edges and take off his ideological blinders on trade and entitlement reform," the paper's editorial board wrote. "With the fiscal cliff approaching, Washington needs compromise, not confrontation. Brown should amp up his pragmatic side in a second term."

The Plain Dealer cast doubt on Mandel's bipartisan credentials, writing that he "talks about changing the culture of Washington, but his meteoric rise from Lyndhurst city councilman to state legislator to treasurer to Senate hopeful - as he morphed from relative moderate to hard-line conservative - offers little evidence that he knows how."

The Republican has stood by while his "outside allies" have leveled nasty attacks.

"Mandel says he can't do anything about the onslaught of negative ads, and technically, he's right. They are independent expenditures," the editorial reads. "But if he had at any point told their makers to take their cash elsewhere or publicly decried the ads' overwhelming negativism, he would have far more credibility."

One of those groups, conservative Crossroads GPS, last month unveiled a television ad it was running in the Ohio claiming that the state has lost more than 280,000 jobs "under (Brown's) leadership." The spot also criticizes the senator's support of the health care reform law backed by President Barack Obama.

The race appears to have opened up in the Democrat's direction, as several polls released in recent weeks have shown Brown leading Mandel by seven percentage points.