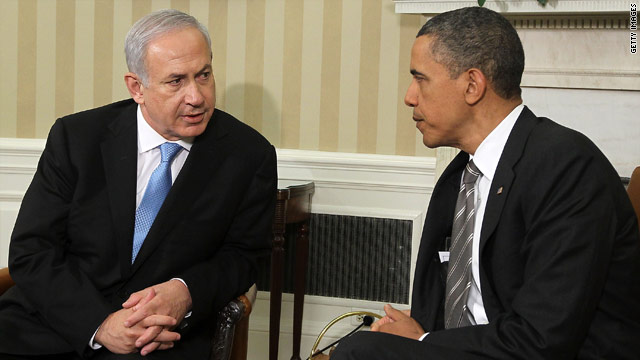 (CNN) - Throughout his campaign, Republican presidential nominee Mitt Romney has cast himself as an ardent backer of Israel - and, either directly or indirectly, suggested that President Barack Obama hasn't been similarly supportive.

The former Massachusetts governor lashed out again Monday in a speech at the Virginia Military Institute, criticizing Obama on several points. Among them was Israel, with Romney stating the relationship between Obama and Israeli Prime Minister Benjamin Netanyahu "has suffered great strains" in recent years.