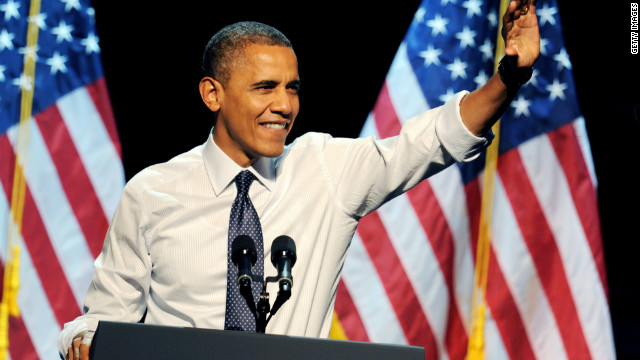 Obama makes fun of his debate

(CNN) - President Barack Obama made light of his widely-panned debate showing while appearing Sunday night at a star-studded concert in Los Angeles.

At an event featuring singers Katy Perry, Jennifer Hudson, Stevie Wonder, and Jon Bon Jovi, the president reflected on a recent on-stage performance of his own.

"Everybody here is incredible professionals. They're such great friends and they just perform flawlessly night after night," he said, taking a pause. "I can't always say the same."

Obama drew criticism from Democrats last week for being what some described as listless, lethargic and ill-prepared in his match-up against Republican challenger Mitt Romney.

His joke at the concert, which drew laughs from the audience, came a couple of hours before the president poked fun at himself at another event. Speaking at a fund-raiser, Obama talked about the debate falling on the same day as his 20th wedding anniversary with his wife, Michelle.

"The actual anniversary date was not that romantic," he said. "There was some speculation as to whether this had an impact on my performance. But I did make it up to her on Saturday."

The couple enjoyed a private dinner at the Bourbon Steakhouse in Georgetown's tony Four Seasons hotel.