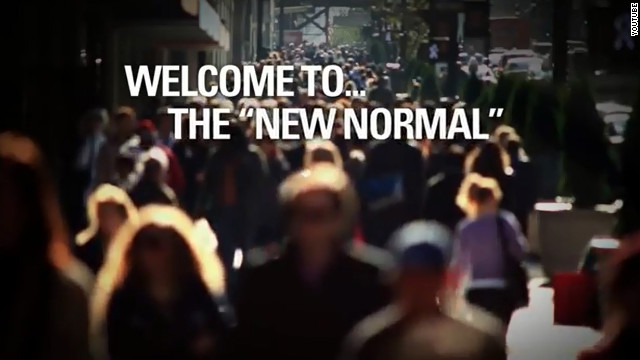 (CNN) – Despite a jobs report showing unemployment falling to 7.8% in September, the super PAC supporting Mitt Romney continued to use "over 8% unemployment" in a new ad hammering President Barack Obama Tuesday.

Restore Our Future said it was spending $6.3 million to air the spot in Florida, Iowa and Virginia. In the commercial, a narrator asserts high unemployment is a "new normal" of Obama's economy.

"Welcome to the new normal, where over 8% unemployment is 'doing fine' and millions of Americans have simply given up," the narrator says in the spot. "Where our children will grow up under the weight of crushing debt in a world where America is no longer the leader, and we're told we're going forward – even as we fall further behind. This is the new normal. This is President Obama's economy. Demand better."

Last week, a government report showed unemployment falling in September from 8.1% to 7.8%, the first time in years the national figure has fallen below 8%. It now stands where it did in January 2009, when Obama took office.

Romney has been consistent in criticizing Obama for policies he said have made it harder for Americans to find jobs, and a consistent point in his stump speech and in interviews has been an unemployment rate unable to slip below 8%.

"We've seen the slowest recovery from a recession in history," he told a crowd in Newport News, Virginia. "As a matter of fact, I just read that if you look back 60 years, and you look at all the months we had with unemployment about 8% before President Obama, there were 39 months in all 60 years with unemployment above 8%."

For the past several weeks, Restore Our Future has focused its ad spending in Michigan and Wisconsin, injecting millions into the two states. Both were considered leaning toward Obama, though a poll in Michigan released Monday showed the margin narrowing between Romney and the president.

The ad buy Tuesday reflects Restore Our Future's expansion to key battlegrounds that are still considered up for grabs in November's election. All three have been heavily targeted both by the campaigns and the independent groups supporting each candidate.

On Monday, top Obama campaign adviser David Axelrod predicted in an email to supporters an "avalanche of negative ads" from super PACs like Restore Our Future, using the onslaught to solicit funds from Obama backers.

"Romney-allied outside groups have already lined up more than $23 million in television spending for this week alone," Axelrod wrote. "That's been the other side's strategy from the beginning: slamming the airwaves with ads trashing the President and his record."

"I'll be blunt: They are trying to buy this election, and we're the only ones who are standing in their way," he continued. "Don't wait any longer to take ownership of this campaign."

CNN's Rachel Streitfeld and Kevin Bohn contributed to this report.