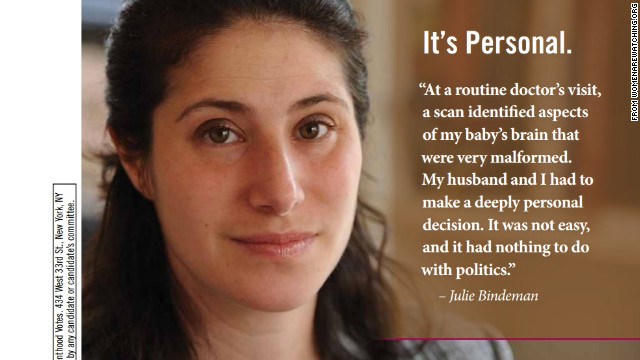 It's Planned Parenthood's third mailer hitting Romney in a matter of weeks.

The two-sided postcard, titled "Julie," showcases a woman's testimonial about the "deeply personal" decision she and her husband made to have an abortion.

"It was not easy, and it had nothing to do with politics," the woman is quoted as saying.

The flip side of the mail piece highlights Romney and Allen's shared desire to overturn Roe v. Wade and end federal funding for Planned Parenthood.

"Mitt Romney and George Allen would go too far and interfere in personal health decisions that should be left up to a woman and her doctor," the mailer reads.