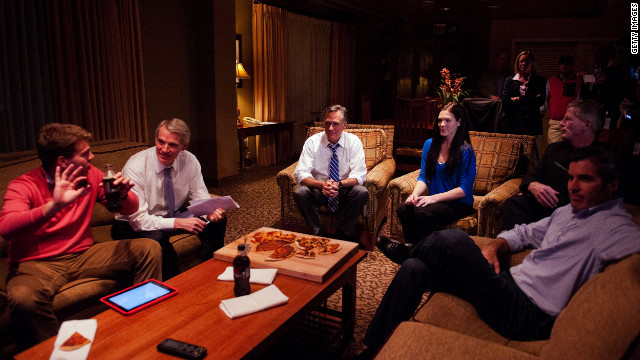 Forty-eight percent of voters who watched the vice presidential debate think that Rep. Paul Ryan won the showdown, according to a CNN/ORC International nationwide poll conducted right after Thursday night's faceoff. Forty-four percent say that Vice President Joe Biden was victorious. The Republican running mate's four point advantage among a debate audience that was more Republican than the country as a whole is within the survey's sampling error.
END_OF_DOCUMENT_TOKEN_TO_BE_REPLACED

Obama: 'could not be prouder' of Biden debate

(CNN) - President Barack Obama called Vice President Joe Biden shortly after Thursday's vice presidential debate, and told reporters that he "could not be prouder" of his running mate.

"I'm going to make a special point of saying I thought Joe Biden was terrific," he told reporters after Air Force One landed near Washington. "I could not be prouder of him. I thought he made a very strong case. And you know I really think that his passion for making sure that the economy grows for the middle class came through so I'm really proud of him."
END_OF_DOCUMENT_TOKEN_TO_BE_REPLACED 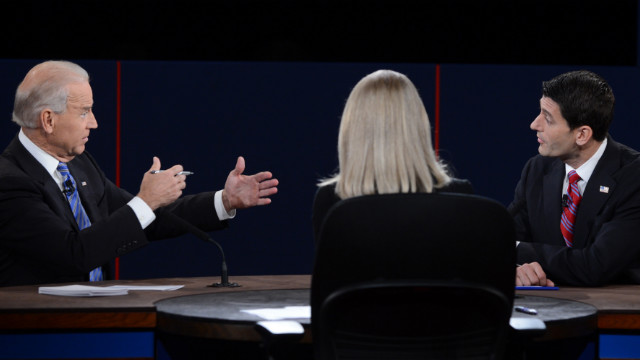 (CNN) - A combative debate Thursday between Vice President Joe Biden and Republican challenger Paul Ryan came down to the issue of trust.

The running mates to President Barack Obama and Republican Mitt Romney in next month's presidential election each challenged the other's facts and claims in the 90-minute nationally televised debate that was their only showdown of the campaign. 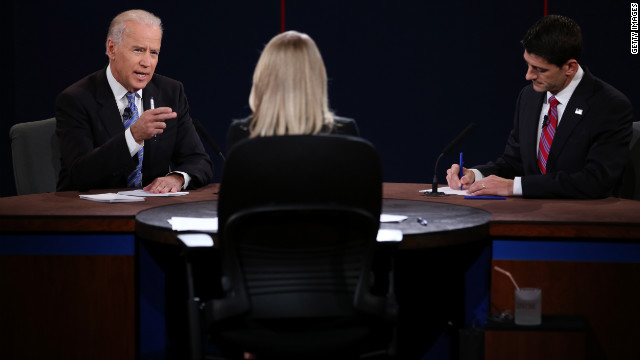 Scranton and compare and contrast strategies

Tonight, a Romney-Ryan campaign official tells CNN that they are prepared if Biden brings up Scranton in the debate.
END_OF_DOCUMENT_TOKEN_TO_BE_REPLACED

Washington (CNN) – The eldest son of Vice President Joe Biden told CNN one reason Republicans are so eager to go after his father is because he is such an effective advocate.

"They reason they would go after him is because he lands punches. He's the single best communicator of the middle class out there. And he is because that's what this campaign is about. How do we, how we do we make sure the middle class continues to have all that it should and move this country forward. The president and my dad want to build this country from the middle class out. Paul Ryan and Mitt Romney want to do it like George W. Bush did. This trickle down, top down mentality," he told CNN Chief Political Analyst Gloria Borger.

END_OF_DOCUMENT_TOKEN_TO_BE_REPLACED 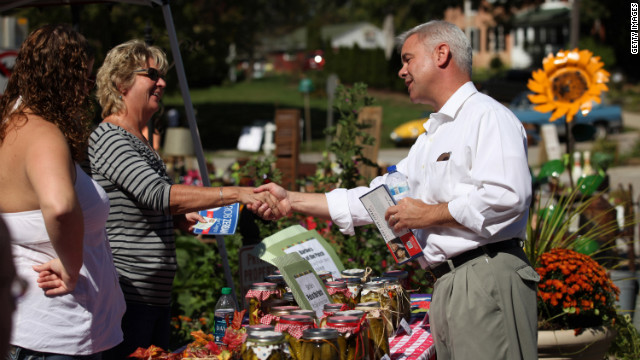 Danville, Kentucky (CNN) - As Republican running mate Paul Ryan gets ready to debate Vice President Joe Biden, there's someone else who would love to be in Biden's shoes.

And that's Rob Zerban, who's challenging Ryan back in Wisconsin's first congressional district, as the seven-term representative runs for re-election to his House seat in addition to running for vice president.

Tune to CNN for Thursday's vice presidential debate coverage on CNN TV, CNN.com and via CNN's apps for iPhone, iPad and Android. Web users can become video editors with a new clip-and-share feature that allows them to share favorite debate moments on Facebook and Twitter.
END_OF_DOCUMENT_TOKEN_TO_BE_REPLACED

(CNN) - Remarks from one of President Barack Obama's top campaign aides on the terror attack in Benghazi, Libya, drew a sharp rebuke from Mitt Romney Thursday at a campaign event in North Carolina.

Romney was reacting to comments Stephanie Cutter made on CNN earlier in the day. She said the political firestorm ignited by the attack on an American consulate in Benghazi was a result of Romney and his running mate Paul Ryan using the event to attack the president.