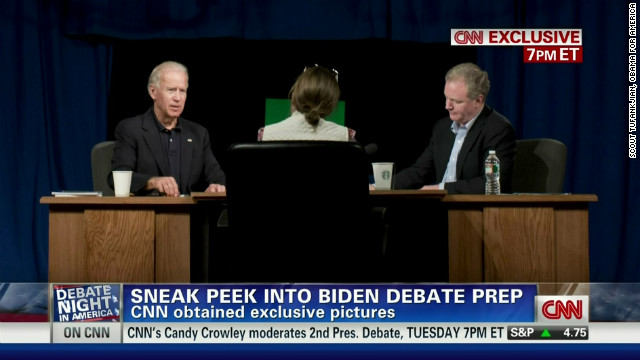 A second floor ballroom in the hotel was staged to resemble the debate conditions, complete with a similar blue backdrop, red carpet and a semi circle-shaped table like the one he will share with Ryan.

Across from Biden and Ryan is moderator Martha Raddatz, played by the Vice President's communications director Shailagh Murray, who is a former reporter with The Washington Post.

Biden: 'You ever seen me rope-a-dope?'