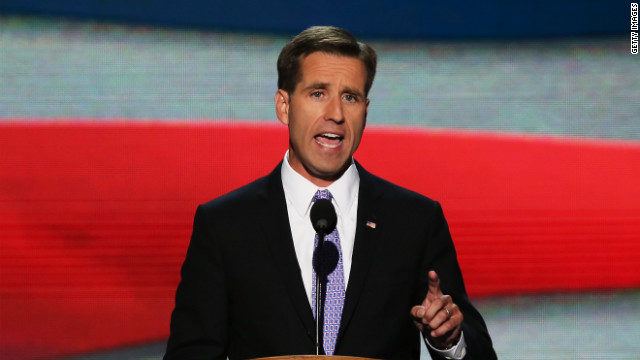 Ryan's campaign, however, hit back saying the GOP vice presidential nominee made no such argument during the two running mates' tense exchange Thursday over ending the decade-long war.

Beau Biden, a top surrogate for the Obama campaign and attorney general of Delaware, defended his father's performance on CNN's "Starting Point with Soledad O'Brien" and said he was most "struck" by Ryan's position on Afghanistan.

"Paul Ryan last night suggested–left the door wide open for it, if not suggested–putting additional troops in Afghanistan," he said.

During Thursday's debate, Ryan stated that he and GOP nominee Mitt Romney agree with the planned 2014 transition of power to the Afghans. But the Wisconsin congressman criticized the administration's decision to complete its withdrawal of the so-called surge troops from Afghanistan last month –before the fighting season ended.

"The remaining troops that are there, who still have the same mission to prosecute counterinsurgency, are doing it with fewer people. That makes them less safe," he said. "We're sending fewer people out in all of these hotspots to do the same job that they were supposed to do a month ago."

Biden, however, maintained that the troop withdrawal was feasible because Afghan forces have been trained.

"We turned it over to the Afghan troops we trained. No one got pulled out that didn't get filled in by trained Afghan personnel," the vice president said.

For his part, Ryan argued such a transition was not happening in the eastern part of the country along the border with Pakistan, known in military terms as Regional Command East. The United States leads the International Security Assistance Force based there.

"Not in the east?" Biden shot back. "RC-East is the most dangerous place in the world."

"That's right," Ryan replied. "That's why we don't want to send fewer people to the job."

Interrupting, Biden questioned Ryan over whether he prefers sending Americans "to do the job," rather than Afghan trainees.

"No," Ryan said. "We are already sending Americans to do the job, but fewer of them. That's the whole problem."

Biden responded: "That's right. We're sending in more Afghans to do the job."

The moderator, Martha Raddatz, then stepped in and turned the discussion to another topic.

The following day, Biden's son, who served in Iraq, said he was surprised by Ryan's comments.

"Ryan was very clear last night – talking about what time of the year we pull troops out. Commanders believed it was best to do so after the fighting season, but the President pulled them out during it – leaving our troops with the same mission but fewer resources – and therefore less safe. We are committed to the same 2014 transition date as the administration, but believe troop withdrawals within that time frame should be directed by the advice of commanders on the ground," Brendan Buck, a spokesman for Ryan, said in a statement to CNN.