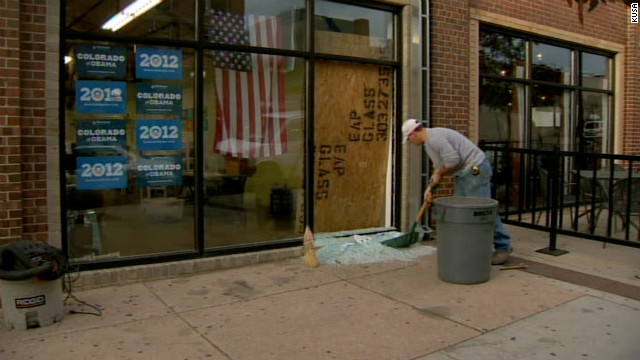 No injuries after shot fired at Obama campaign office in Denver

(CNN) - A single shot was fired Friday at an Obama campaign office in Denver, Colorado, a police spokeswoman said.

The shot resulted in no injuries, although people were in the building at the time, Denver police spokeswoman Raquel Lopez told CNN.

Police did not have a description of a suspect but did have a possible vehicle of interest, Lopez said.

A glass window was shattered, images of the scene showed.

Lopez said the Secret Service, which protects President Obama, was not involved in the investigation Friday, although the agency’s involvement would depend on what Denver police find.

Obama's re-election campaign had no comment and referred questions to Denver police.

Obama was in Washington on Friday.