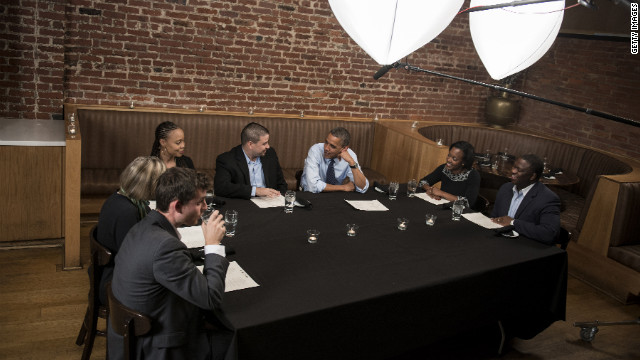 Obama takes supporters out to dinner

(CNN) - President Barack Obama entertained a select group of supporters Friday with a dinner out in Washington.

Among the six people joining him were couples from the battleground states of Ohio and New Hampshire. The three winners were selected following a fund-raising contest for the Obama campaign and each was allowed to bring a guest.

The president went out to dinner in D.C. on Saturday with his wife to belatedly celebrate their 20th anniversary.