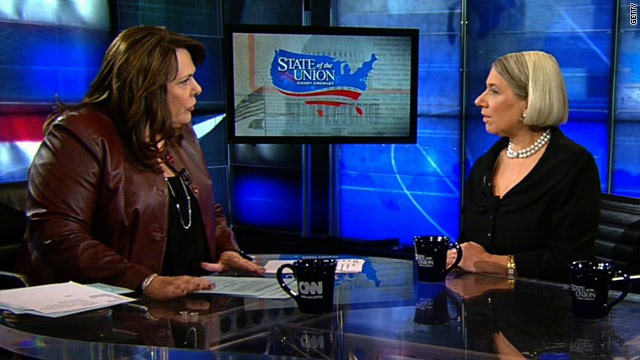 In his one public appearance of the day – a quick trip to a local campaign field office to greet supporters – Obama reported his debate practice "is going great" but declined to elaborate further.

Campaign aides are also revealing few details about the debate preparations to the dozen or so reporters who have followed Obama to the Kingsmill Resort in Williamsburg, Virginia, though it appears they have taken an all-hands-on-deck approach in an effort to ensure the president does not have a repeat showing of his widely panned performance 10 days ago.

Also seen here was U.S. Sen. John Kerry of Massachusetts – large color-coded binder in tow - who the campaign confirms is again playing the role of Romney in the debate preparations. Moreover, a campaign official said Anita Dunn, the former White House Communications Director, has been recruited to play the role of debate moderator and CNN chief political correspondent Candy Crowley.

Still, the president and his VIP entourage might only be the second-most exciting show on these exclusive grounds this weekend: also happening just yards from the building Obama is prepping in is a convention of dozens of Ferrari enthusiasts. At last count, about twelve Ferraris – old and new – lined the meandering James River abutting the resort.

The president's only respite Sunday came shortly after 2 p.m. ET, when his motorcade departed the resort grounds en route to the small campaign office five miles away. Obama delivered four boxes of pizza to the handful of volunteers waiting inside and proceeded to call two other local supporters.

"We are going to keep on pushing for the next three weeks," the president told one of the individuals he called.