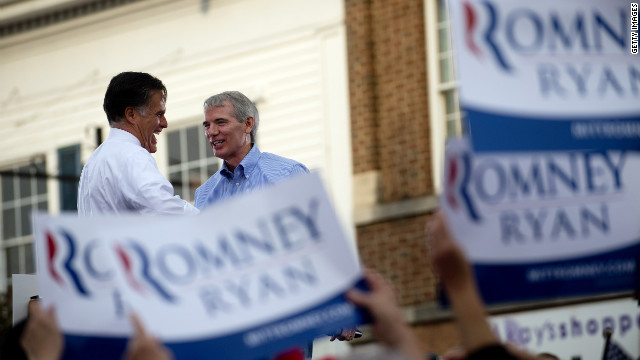 (CNN) – Sen. Rob Portman, R-Ohio, said Sunday that he thinks Mitt Romney could win the presidency without winning Ohio, but wouldn't want to take the chance of losing it.

"You can probably win the presidency without Ohio but I wouldn't want to take the risk and no Republican has," Portman said on ABC's This Week.

Portman has been assisting Romney with debate preparation, playing the role of President Barack Obama. He has also hit the campaign trail with Romney in Ohio.

"We're doing great in Ohio," Portman said. "And the momentum is on our side."