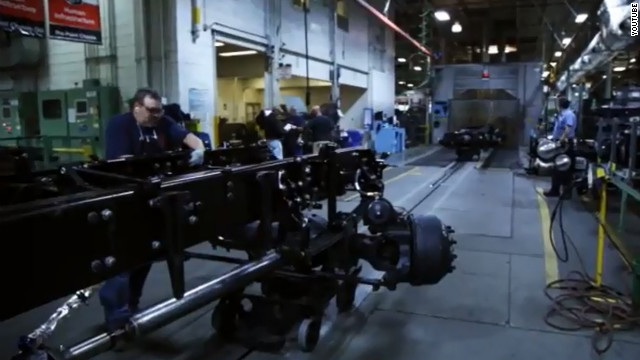 (CNN) – The latest spot from President Barack Obama's re-election team focuses on an improving economy through the voices of middle class American workers, who argue for a second Obama term by pointing to a slow but noticeable recovery.

Another continues, "We have a whole second shift that we brought in, new employees, and we have a future at our plant now."

The next two speakers point to Obama's economic policies as drivers of the improvements they're seeing: "When you look at the president's plan I don't think there can be any question that we're on the right course for today's economy," one says.

"President Obama does get what people need and that's jobs and the opportunity to help themselves," says another.

"Stick with this guy. He will move us forward," asserts the final speaker, using Obama's campaign slogan.

Obama's campaign said the new commercial would air in the battleground states of Colorado, Iowa, Nevada, and Virginia.

Democrats hope improving jobs figures over the past few months will boost Obama's re-election chances. In September, unemployment fell to 7.8%, the same rate as January 2009 when Obama took office.