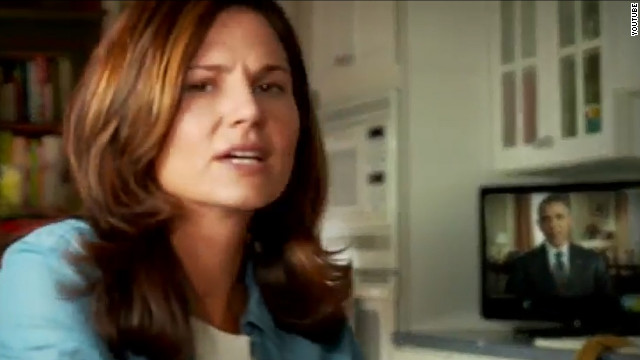 Crossroads spends another $11 million to air ad in battlegrounds

The ad, which features a woman at her kitchen table directing questions to Obama, will run in Colorado, Florida, Iowa, North Carolina, New Hampshire, Nevada, Ohio and Virginia. It will also air on stations airing Big 10 and SEC college football games.

The ad buy Tuesday comes after another $11 million buy from Crossroads, announced last week, which ran in the same eight battleground states. That spot hit Obama for his record on jobs.

The commercial released Tuesday begins with a woman watching an Obama ad on television, before turning to the camera and saying: "Mr. President, here's what I want to know: where are the jobs you promised? The trillions you spent – where did it all go? What's there to show for all of that new debt? And if we're in a recovery, why are we making less?"

"My family can't afford another four years like this," she concludes.

In a statement, Crossroads' president and CEO wrote, "President Obama's economic policies created record trillions of new debt, the weakest recovery in modern history, and gave Americans very little to show for it."