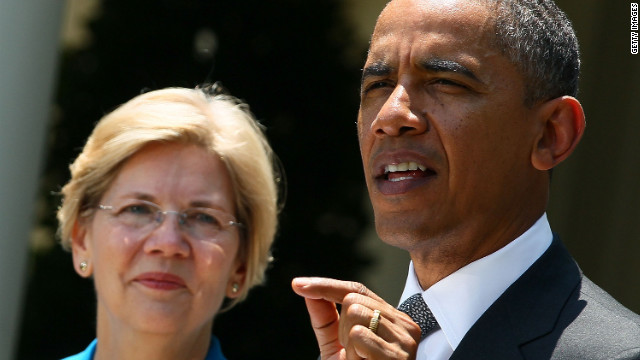 (CNN) – She served as one of President Barack Obama's top advisers during the aftermath of the 2008 financial crisis, so it's no surprise that Obama has thrown his backing behind Elizabeth Warren, who is running for U.S. Senate in Massachusetts.

"Elizabeth Warren will be a strong, tireless and determined advocate for the people of Massachusetts, building on her remarkable record of working to help middle class families get ahead," Obama wrote in his statement. "Her life's work has been helping ordinary Americans get the fair shot they need and deserve."

Obama goes on to laud Warren's work at the Consumer Financial Protection Bureau, which she helped found.

In a statement of her own, Warren said she's "honored to have President Obama's endorsement and eager to work with him to help the people of Massachusetts and to level the playing field to help middle class families get ahead."