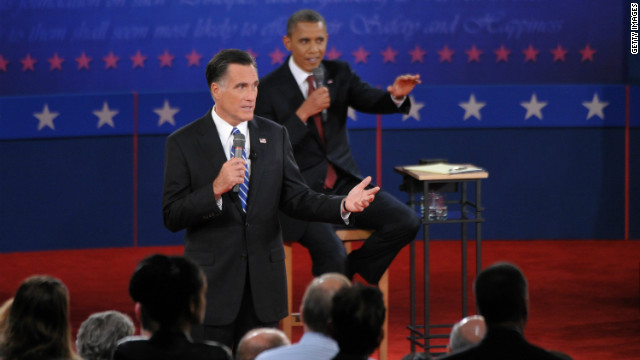 (CNN) – When Tuesday evening's showdown between President Barack Obama and Mitt Romney concluded, the CNN debate clock showed the president spoke for 3 minutes and 14 seconds longer than his Republican rival.

At that matchup, held October 3 in Denver, Obama spoke for 42 minutes, 50 seconds, nearly five minutes more than Romney, who spoke for 38 minutes, 32 seconds.

But the GOP nominee spoke 7,802 words at that first debate, 508 words more than the president. Obama spoke 7,294 words in Denver.