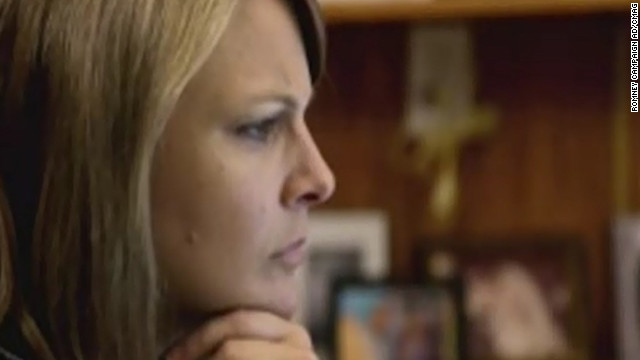 (CNN) – A new ad from Mitt Romney, which began airing Wednesday morning but was not publically released by his campaign, portrays the GOP nominee as more moderate on abortion and contraception than his rivals are claiming.

The spot, which aired in the Washington, D.C., media market Wednesday morning, according to political ad tracker CMAG, features a young woman taking on claims President Barack Obama made in a television spot earlier this month.

Romney's abortion stance came back into focus last week after the candidate said during an interview there were no specific pieces of abortion legislation he would pursue as president.

Romney, along with his aides, later clarified he would support efforts to remove funding for Planned Parenthood, a women's health group that provides abortion services. Several House Republicans have introduced legislation that would strip funding from the group.

Romney has also said that for any Supreme Court vacancies, he would nominate candidates who would support overturning Roe v. Wade, the 1973 U.S. Supreme Court decision affirming a woman's right to have an abortion.

In the new ad from Romney's campaign, the female speaker said the issue of reproductive rights was important, but not the top issue in the election.

"This issue's important to me, but I'm more concerned about the debt our children will be left with. I voted for President Obama last time. We just can't afford four more years," she says.

Romney's campaign has long struggled to woo female voters, who polls have shown support Obama by a wide margin. Recently, however, the gender gap has narrowed between the two candidates, sparking a flurry of ads and campaign remarks designed to appeal to women.