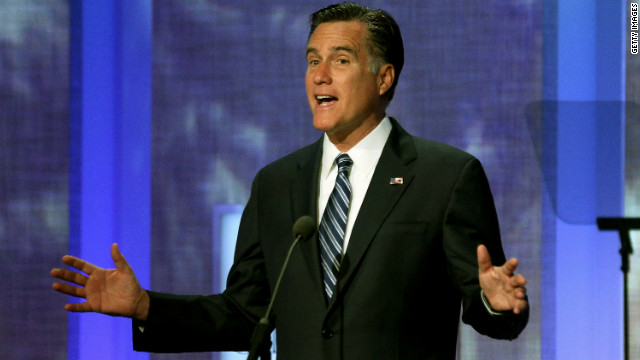 Washington (CNN) - Mitt Romney's team has made one of its largest ad buys since the beginning of the general election campaign, purchasing an estimated $13.6 million of commercial time this week in nine swing states, according to data from a source tracking media buys.

With recent polls showing Romney gaining ground in Florida, his campaign has been devoting more of its ad dollars there than any other state, investing $3.5 million this week for commercials running Monday through Sunday.

Close behind is the other key battleground, Ohio, where the Republican nominee is spending $3.1 million for television spots.

For the same period the Obama re-election campaign has bought $16.6 million worth of commercial time in the same nine states. The president is out-spending his opponent in all these states, except Colorado.

Romney's campaign has increased its swing states ad buys in recent weeks, and it has been helped by Republican-leaning super PACs upping their media spending in these states.

Top Romney officials told donors and bundlers attending a retreat this week they would be increasing their ad buys in the final stretch before Election Day to remain competitive with the Obama re-election effort on the TV front. The officials also said they needed to make sure they had the financial resources to keep pace, pushing the financial backers to keep raising funds in the final weeks.

While some polls have shown the race tightening in other states, such as Pennsylvania, so far the Romney campaign has not invested ad dollars in any new targets and has kept it focus on the same battlegrounds where both candidates have concentrated their dollars.

Below is an outline of this week's Romney swing state buy for broadcast and local cable running Monday through Sunday: