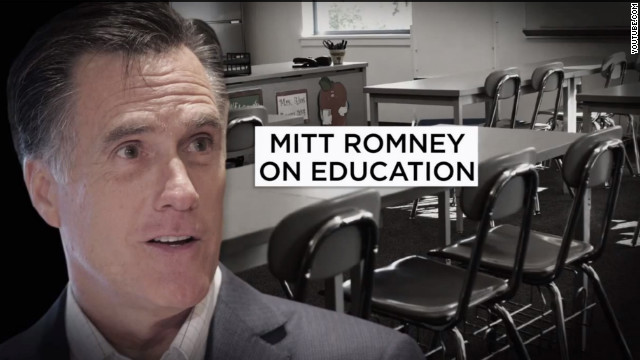 The Friday spot takes GOP presidential nominee Mitt Romney's comments from a newspaper editorial board earlier this month and a presidential debate last year, and contrasts those remarks with Obama's position.

It quotes Romney with the Des Moines Register editorial board saying, "We all like school teachers. It's a wonderful thing.… But hiring school teachers is not going to raise the growth of the U.S. economy."

In contrast, the narrator says Obama "believes smaller class sizes and great teachers are a key to a stronger economy and a stronger middle class."

Romney's education plan, as outlined on his website, includes reforms to the No Child Left Behind education law, expanding options such as charter schools, and teacher recruitment efforts.

Romney's plan says Obama has "compounded" or ignored many issues with the nation's education system.

The Obama campaign says the ad will run in the battleground states of Colorado, Iowa, Nevada, Virginia, Nevada, New Hampshire, and Wisconsin. Notably absent from the list are Florida and Ohio.

The Obama campaign has not said how much it will spend to run the education ad.