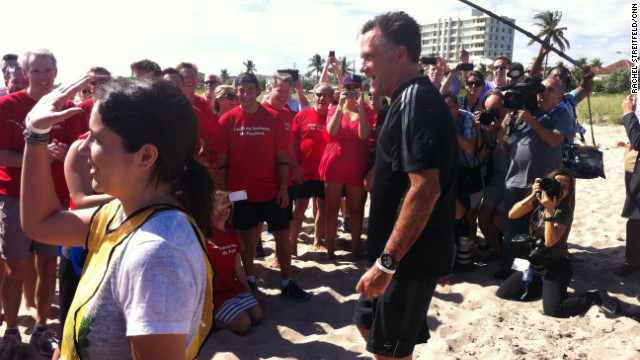 (CNN) - Members of the media and Mitt Romney's campaign took to the Florida sands on Sunday to play a game of touch football, one day before the GOP presidential nominee takes part in the final debate with President Barack Obama in Boca Raton.

Romney briefly showed up at the match to do the coin toss. His wife, Ann, played in the game with Secret Service agents as her blockers.

But neither team picked up any bragging rights. The final score: 14-14. 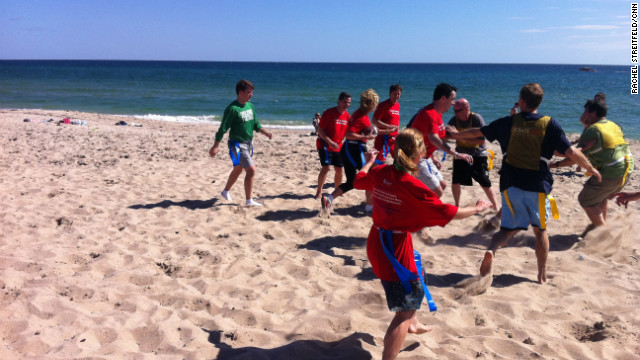