Get instant analysis from CNN Chief National Correspondent John King on the magic wall, while CNN anchor John Berman and Tom Foreman provide a "Reality Check" on the candidates’ statements. Erin Burnett, host of “OutFront,” gets reaction from our focus group of undecided voters, while National Political Correspondent Jim Acosta and Chief White House Correspondent Jessica Yellin are live from the spin room. Following the vice presidential debate, Chief Political Analyst Gloria Borger became a trending topic on Twitter after being the first to say she found Joe Biden condescending in the vice presidential showdown.

Also exclusive to CNN platforms, our undecided voter meter gives viewers a real-time glimpse of what these voters like and don’t like hearing in the debate, conducted from the battleground state of Florida. Divided by men and women, the #CNNUndecideds meter revealed a big gender gap on Romney’s Medicare plan during the first presidential debate. But will we see the same difference this time?

Can’t wait to see what other voters thought of the debate? Shortly after each debate, CNN/ORC International releases the results of a scientific survey asking debate watchers who they thought was the night’s winner. In the first debate, Romney won by a big margin, 67% to 25%, while his running mate, Rep. Paul Ryan, virtually tied Vice President Joe Biden in the vice presidential debate, 48% to 44%. 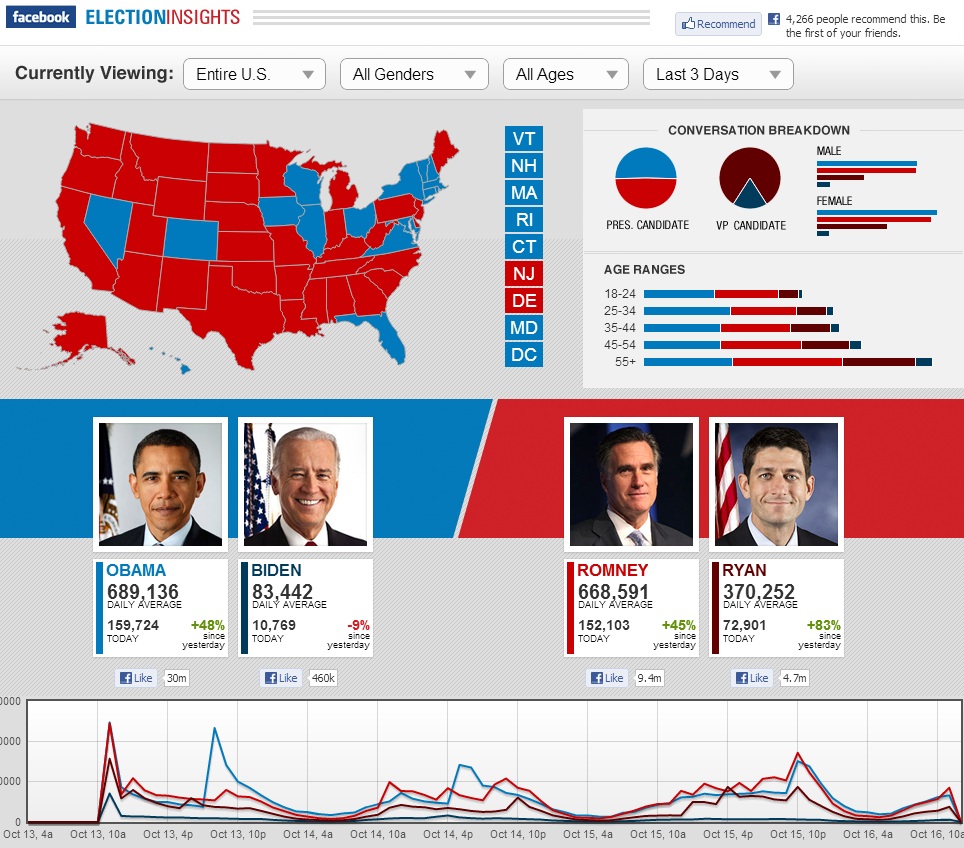 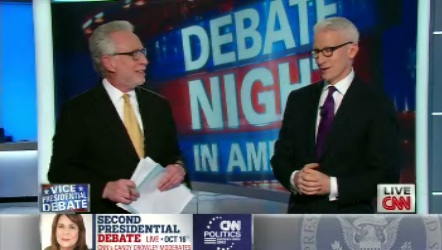 Did you snap a picture of your debate viewing setup? We'd love to see it. Tweet a photo with #cnndebate, or send it by e-mail to ireport@cnn.com. And of course join us tonight on CNN to watch the final presidential debate. The party starts at 7 p.m. ET at cnn.com/debates. 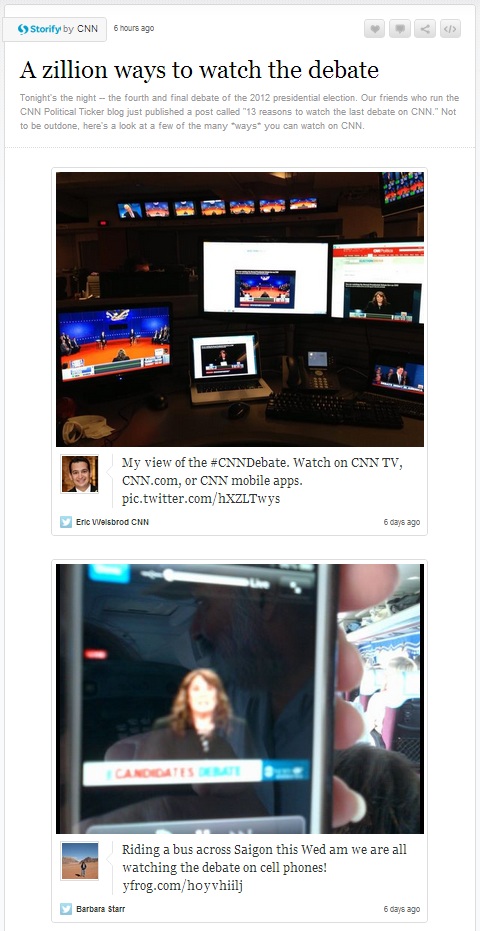