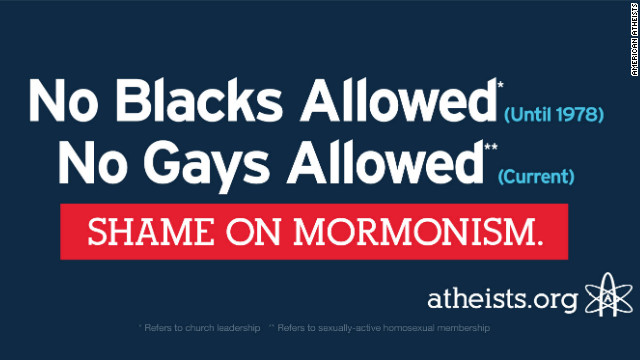 This billboard on wheels, sponsored by American Atheists, will follow the Romney campaign throughout southern Florida.
October 22nd, 2012
07:54 AM ET

Washington (CNN) – When he campaigns in southern Florida on Monday, Mitt Romney will have an unwelcome traveling partner: a mobile billboard attacking his religion.

The billboard on wheels, sponsored by American Atheists, attacks the Church of Jesus Christ of Latter-day Saints for its treatment of African-Americans and gays, though the church says the attacks are inaccurate.