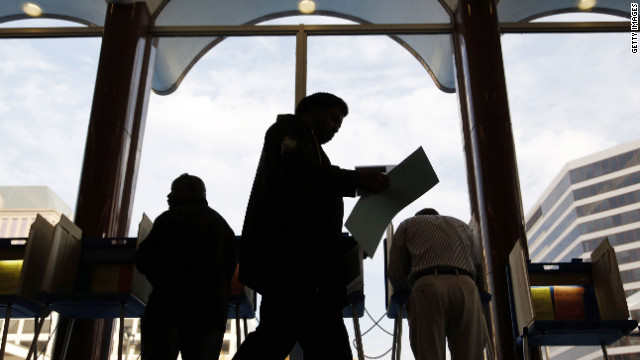 Washington (CNN) - In the critical battleground state of Florida, the state's Department of Law Enforcement and the U.S. Postal Inspection Service tell CNN they have opened a preliminary investigation into a slew of bogus letters to some voters questioning their citizenship and registration just two weeks before the November election.

Written on fake letterhead of a local county's Supervisor of Elections, the letters say that the county "has received information from the Florida Division of Elections regarding your citizenship status, bringing into question your eligibility as a registered voter."

The letters bear no return address but do carry a postmark from Seattle, Washington.

People in 23 counties had already received such letters and officials expect "the number to go up," Florida Secretary of State Ken Detzner told CNN.

Detzner, a Republican, said he had referred the issue to the Florida Department of Law Enforcement. That agency said late Tuesday they had opened an investigation into the matter.

"We are very serious about this matter," Detzner said. "This type of effort to intimidate voters in Florida is unacceptable, will not be tolerated and we anticipate taking every measure possible with law enforcement to make sure the individuals doing this are prosecuted."

The letters tell recipients to complete a "Voter Eligibility Form" included in the mailing and to return it to the Supervisor of Elections office within 15 days.

The letters tell recipients that failure to submit the form will result in removal of their names from voter registration rolls, and that they will no longer be eligible to vote. None of it is true. There's also a warning that non-registered voters who cast votes may be subject to arrest and imprisonment.

Ion Sancho, Leon County's supervisor of elections, where three of the letters were sent under his name, said the letters could be "some kind of dark-humored spoof, which of course is not very funny."

"Not only Republicans but very active Republicans - Republicans that have taken some action that goes beyond voting," Sancho said. "I suspect whoever's sending out these letters has purchased some kind of donor or campaign list that's given them a group of high-profile Republicans."

Several other county election supervisors said they believed that Republican voters were the primary targets. But Detzner said members of both parties had received the letters, as well as at least one voter who did not have a party affiliation.

One voter who received the mailing told CNN that he was a registered Republican and a conservative. He said he was not overly active in politics and had only contributed to one campaign recently: Republican Florida Governor Rick Scott. The voter, in his 50s, said he saw the letter as an attempt to keep him from voting on Election Day.