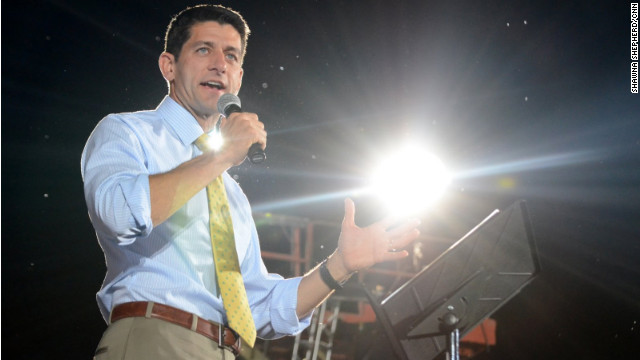 Charlottesville, Virginia (CNN) – A scheduling mix-up kept Paul Ryan from participating in a tele-town hall Thursday night with conservatives around the nation coordinated by Ralph Reed and the Faith and Freedom Coalition.

At 6 p.m. ET, when the call was supposed to take place, Faith and Freedom Coalition Executive Director Gary Marx got on the line and announced it was being postponed.

The call was news to Ryan's Press Secretary Michael Steel, who said the tele-town hall was not on the GOP vice presidential nominee's schedule. Steel said he only found out about it when he saw it mentioned in a blog post Wednesday morning.

Ryan was scheduled to attend two rallies in Virginia and eventually end up in South Carolina; the tele-town hall appeared nowhere on his official itinerary for the day.

Shortly before noon, when Ryan's campaign plane landed at Tri-Cities Regional Airport, Steel said Ryan wouldn't be participating in the call, contradicting what the conservative organization had been promoting since Monday.

Marx expressed understanding about the last-minute change because knows how campaigns operate.

"These kind of scheduling things happen," he told CNN.

Marx dismissed any speculation that Ryan postponed the tele-town hall with conservatives because he was avoiding speaking about Richard Mourdock, the Indiana Senate candidate who said in a debate that pregnancies from rape are "something that God intended to happen."

Ryan and Romney have yet to publicly weigh in on Mourdock's remarks, though a Romney campaign spokeswoman said Romney disagrees with Mourdock's views.

"With Paul Ryan you have a candidate that's completely confident, who has shown in the most intense spotlight of the vice presidential debate, he's clearly able to discuss anywhere his faith and his stance on the sanctity of life," Marx said.

According to Marx, the campaign is trying to reschedule the tele-town hall in the remaining days of the presidential election.

He said tele-town halls are set up in such a way that can handle changes or cancellations. Some people are alerted by email and some people find out through social media websites, but Marx said their vast network of more than 100,000 members and supporters are not notified until they are called and invited to participate.