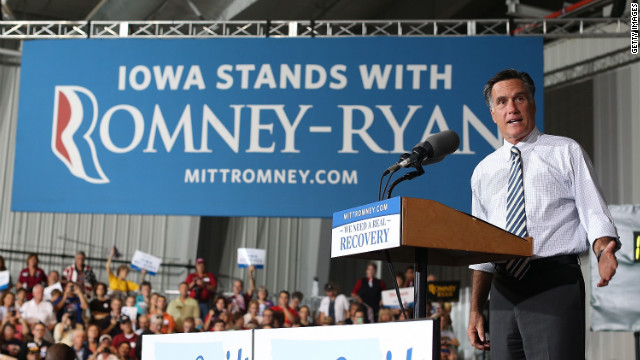 Romney beats back on 'horses and bayonets'

(CNN) - In a new radio ad released Thursday, Mitt Romney's campaign featured one of the biggest flashpoints from the final presidential debate, attempting to turn the tables on the president's quip about "horses and bayonets."

The one-minute spot, "Our Navy," features Romney's argument that the Navy is smaller than any time since 1917, citing a downsizing of 313 ships to 285 ships.

When he made the point during Monday night's debate, Obama fired back: "[W]e also have fewer horses and bayonets."

"Sure, his flippant remarks insult Mitt Romney, but do they also expose how President Obama views the world and America's place in it?"

The ad's narrator continues: "As Commander-in-Chief, Mitt Romney will reverse Obama's defense cuts. He will invest in our military, creating jobs, and defending our freedom."

Romney has aggressively gone after the president over the impending defense cuts, scheduled to trigger at the start of 2013 if Congress fails to reach a deficit-reduction plan by the end of the year.

The one-minute radio spot specifically targets voters in New Hampshire, saying the Pentagon cuts could threaten the 3,600 Navy jobs in the Granite State.