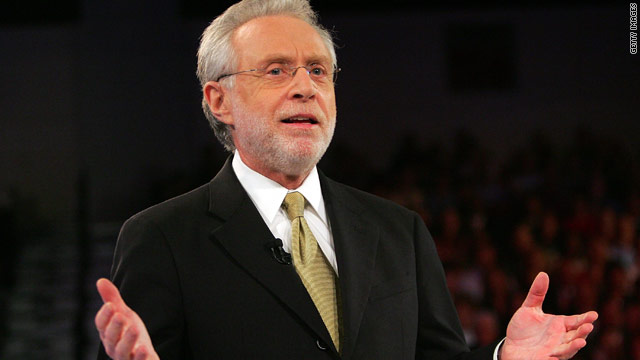 Blitzer to co-host American Politics on Film on TCM

Blitzer will join TCM host Ben Mankiewicz at 8 p.m. ET and introduce three politics-infused films: "Advise & Consent," "All the President's Men" and "Seven Days in May."

In introducing "All the President's Men" – a 1976 film about reporters Bob Woodward and Carl Bernstein who uncovered the infamous Watergate scandal that led to former President Richard Nixon's resignation – Blitzer recalled using a technique used by the reporters and displayed in the film to confirm a story when he was covering the White House for CNN.

"It's a film that really did a great deal to help my career, journalists, who are not necessarily always beloved shall we say," said Blitzer in an interview with Mankiewicz.

Mankiewicz pointed out that the film's director, Alan J. Pakula, noted to Woodward that he was considering casting a woman as "Deep Throat," the Washington Post reporter's notorious source. With Deep Throat's identity unknown at the time, Pakula asked Woodward to remain silent if he should instead cast a man. Woodward was silent and a man was cast as Deep Throat. Mark Felt of the F.B.I. was later revealed to be Woodward's source.

"I've used that (tactic) myself," said Blitzer recalling the night that Nixon died in 1994.

"I spoke to a very senior White House official and I said 'Look, I'm about to go out on the North Lawn of the White House and report that Richard Millhouse Nixon is dead and if I'm wrong that's a career-ender,'" he said.

Blitzer continued: "After ten or fifteen seconds I said, 'You wouldn't let me go out there and make a fool of myself and end my career, would you?' And there was silence."

"I finally said, 'If I don't hear anything from you, I'm going out.' I wasn't going to do it," Blitzer told Mankiewicz. "He said, 'I wouldn't let you end your career.'"

Time Warner Cable is the parent company to both CNN and Turner Entertainment Networks.