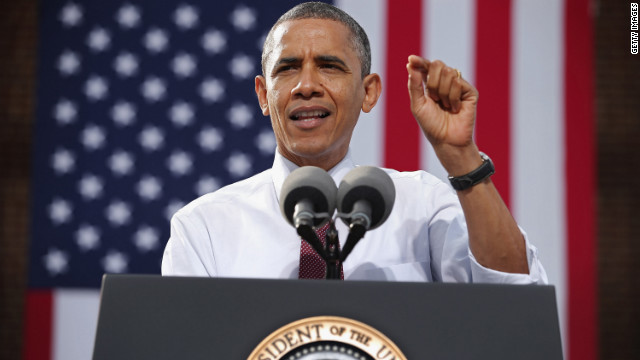 Likely voters in the Old Dominion State split 51% for Obama to 47% for GOP challenger Mitt Romney in the Washington Post poll out Saturday. Obama's advantage is just outside the poll's 3.5 point sampling error.

The candidates' efforts to campaign here in the final days could be hampered by Hurricane Sandy, who is expected to bring heavy wind and rain to Virginia and surrounding states over the next several days.

Underscoring the importance of the state's 13 electoral votes, 44% said they had been contacted by the Obama campaign, and 41% said Romney's team had reached out to them.

Especially important to Obama's 2008 win were the suburbs in northern Virginia. The area within approximately an hour of Washington, D.C. gave him his advantage while the rest of the state split nearly evenly, allowing Obama to snap a GOP streak of 10 consecutive presidential wins there.

The poll includes telephone interviews conducted from October 22, the night of the third and final presidential debate, through October 26. The poll included 1,228 likely voters.

- CNN's John King and Ashley Killough contributed to this report