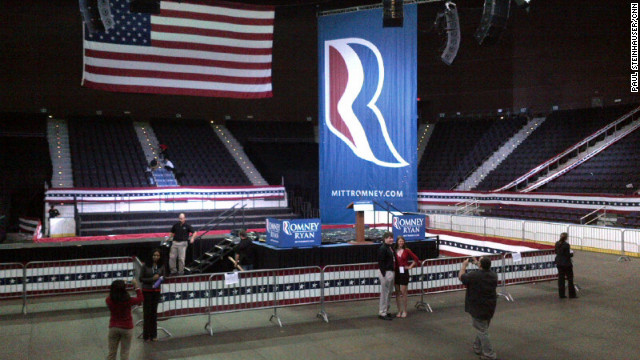 Early voting is starting a week later than it did four years ago. The number of early voting days in Florida was reduced from 14 to eight following a move last year by the Republican dominated state legislature.

Republican Gov. Rick Scott's administration spent the past year defending the new shortened eight-day schedule from lawsuits that claimed them move was a GOP push to lower voter turnout.

President George W. Bush won Florida in his 2004 re-election, but Obama narrowly captured the state in his 2008 victory over Sen. John McCain. This cycle Florida, where 29 electoral votes are up for grabs, has been getting tons of attention during the general election, with the candidates making frequent visits to the Sunshine State.

The Obama and Romney campaigns are also spending big bucks on get out the vote efforts and to run television commercials in the state. The two presidential campaigns, the party committees, and the super PACs and other independent groups supporting the candidates have shelled out more than $130 million to run ads on broadcast TV in Florida since April 10, the unofficial start of the general election. That's according to data provided to its clients by Campaign Media Analysis Group (CMAG), which tracks campaign advertising.