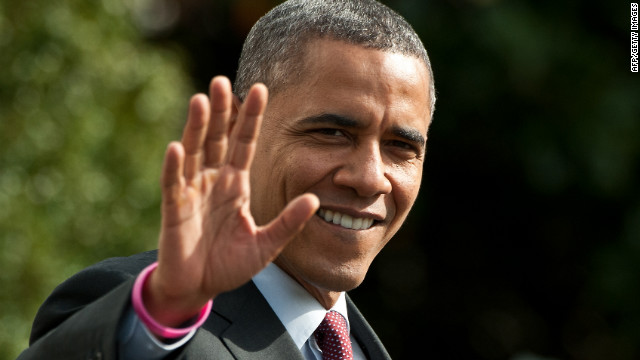 "In the poisonous atmosphere of this campaign," the editorial states, "it may be easy to overlook Mr. Obama’s many important achievements, including carrying out the economic stimulus, saving the auto industry, improving fuel efficiency standards, and making two very fine Supreme Court appointments." - Follow the Ticker on Twitter: @PoliticalTicker

Obama appointed Elena Kagan and Sonia Sotomayor to the Supreme Court during his first term.

The editorial page, which has not backed a Republican for president since its endorsement of Dwight D. Eisenhower in 1956, levied blame on Congressional Republicans for erecting barriers to the president's policies, which the editorial says kept the country out of a second Great Depression.

"Mr. Obama has impressive achievements despite the implacable wall of refusal erected by Congressional Republicans so intent on stopping him that they risked pushing the nation into depression, held its credit rating hostage, and hobbled economic recovery."

The editorial also applauded the president's leadership in passing health care reform in 2010 that it says takes the country one step closer to universal health care coverage, the final piece in the "social contract."

In addition to discussing the president's achievements at length, the editorial took aim at GOP challenger Mitt Romney, who "has gotten this far with a guile that allows him to say whatever he thinks an audience wants to hear."

In its criticism, the editorial aligns Romney with the Republican Party, the policies of which it outright rejects, "including reckless budget cuts and 30-year-old, discredited trickle-down ideas."

The editorial says electing a President Romney would roll back health care reform and invite a conservative Supreme Court appointment that could endanger voting rights, women's rights and marriage rights for gays and lesbians.

In contrast, Obama, "would appoint justices and judges who understand that landmarks of equality like the Voting Rights Act must be defended against the steady attack from the right."

The Times' endorsement of the president didn't go without noting the page's criticism of Obama during his first term, in particular his approach to governance.

"We have criticized individual policy choices that Mr. Obama has made over the last four years, and have been impatient with his unwillingness to throw himself into the political fight."

But the editorial says the president's recovery from his first debate performance assures them he is ready to govern again.

"[H]e has shaken off the hesitancy that cost him the first debate, and he approaches the election clearly ready for the partisan battles that would follow his victory."