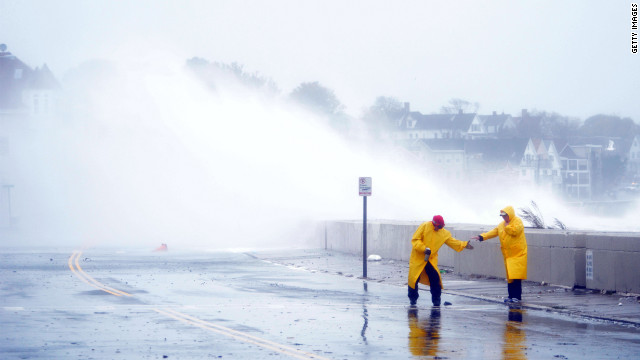 (CNN) – Hurricane Sandy's Facebook chatter may be as big as the storm's surge as it's swamping just about every topic on the social network's 'Talk Meter.'

The buzz for the storm is easily blowing past the conversation about the presidential candidates and the San Francisco Giants' World Series victory Monday night.

Hurricane Sandy is registering a 7.12 on Facebook's 'Talk Meter' scale, which ranks overall chatter around an event of topic on a scale from 1-10. The World Series Monday night reeled in a 6.71 on the scale, while President Barack Obama and Republican nominee Mitt Romney are only registering a 3.86 and a 3.5 respectively.

Not surprisingly, the states most heavily buzzing about Sandy are on the East Coast – and currently feeling the hurricane's historic impact. Delaware and New Jersey, where the center of the storm is expected to make landfall this evening, have the highest amount of Hurricane Sandy chatter.

As far as what's being said in Facebook posts about the storm, the top words or phrases from U.S. users after Hurricane, Sandy, or Hurricane Sandy is "stay safe" and "be safe."