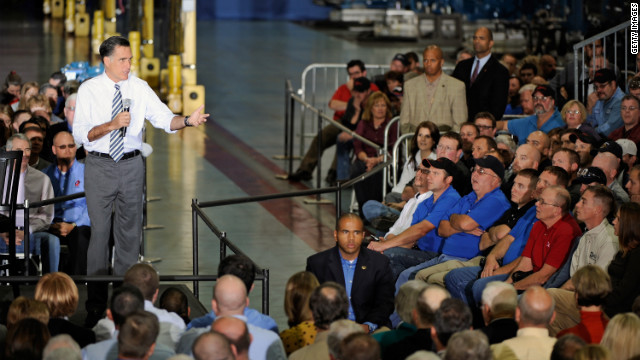 (CNN) – Mitt Romney will hold on Tuesday what his team bills as a storm relief event for those affected by the major storm now engulfing the Northeast coastline, his campaign announced Monday.

Meanwhile, his running mate, Rep. Paul Ryan, will drop by campaign offices in La Crosse and Hudson, Wisconsin to thank volunteers for delivering or collecting items for storm relief efforts. Romney’s campaign said offices in Wisconsin will collect donations on Tuesday and Wednesday.

The relief events replace Tuesday’s public campaign events for Romney and Ryan, which were knocked off the schedule earlier Monday. The campaign also announced earlier that it was loading supplies into a campaign bus for delivery in Virginia, North Carolina, New Hampshire, and Pennsylvania - all battleground states in the presidential race and all expected to be impacted by this storm.

Ann Romney, the wife of Mitt Romeny, is scheduled to visit offices in Green Bay, Wisconsin and Davenport, Iowa. She’ll then head to Des Moines for a rally.

For the Democratic ticket, President Barack Obama will stay in Washington, D.C. and continue to monitor conditions related to Superstorm Sandy, as well as the storm's aftermath. He also canceled campaign events for Monday and Tuesday.

Former President Bill Clinton, who was supposed to appear on the trail Monday with Obama, instead campaigned with Vice President Joe Biden in Ohio. On Tuesday he’ll deliver remarks at campaign events in Minneapolis and Duluth, Minnesota, according to the Obama campaign. Clinton will later speak at events in Colorado.