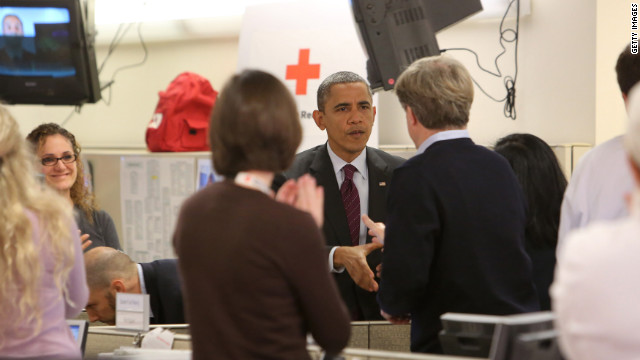 Rachel Streitfeld (@streitfeldcnn)
TV pool asked Romney about his plans for FEMA as president. No response.

Nick Valencia (@CNNValencia)
The @NYSE_Euronext will Reopen on Wednesday via #CNNMoney

Men's Humor (@MensHumor)
Disney bought LucasFilm for 4 billion and announced Star Wars 7. I'm sure it will be terrific. Did I say terrific? I meant terrible.