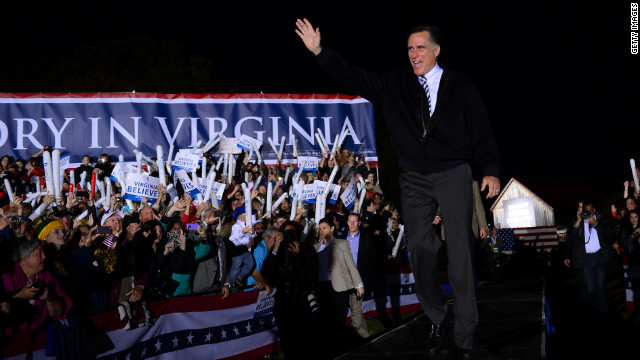 (CNN) – After canceling events in Virginia before and after a major storm swept through the region, GOP nominee Mitt Romney will return to the commonwealth Thursday for a campaign rally in Doswell, north of Richmond.

An invitation to the event said it would start at 1:45 p.m.

The bottom of the invitation included information on donating to Red Cross efforts, and encouraged supporters to bring bottled water and supplies to collection centers at Romney campaign offices for distribution.

Prior to the storm, Romney canceled plans Sunday to campaign in Virginia, which was in the storm's path, and instead joined his running mate Paul Ryan for events in Ohio. The GOP presidential nominee also canceled campaign events in Ohio, Iowa and Wisconsin on Monday, then in Ohio on Tuesday.

Instead, Romney said he would partake in relief efforts in Ohio on Tuesday.