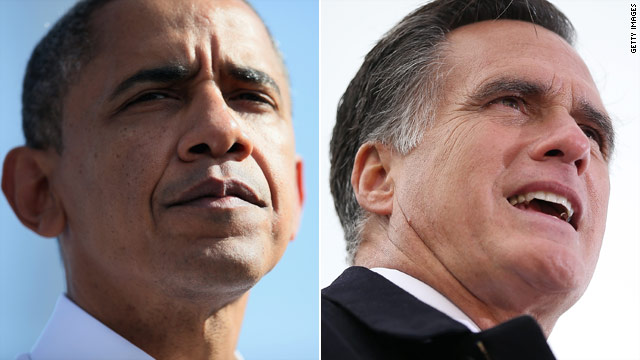 (CNN) - Need more evidence that Pennsylvania won't be a cakewalk this time around for President Barack Obama?

Then here you go: A Franklin and Marshall College poll of likely Keystone State voters released Wednesday indicates Obama with a 49%-45% edge over Republican nominee Mitt Romney. The president's four point advantage is within the survey's sampling error and is down from a nine point lead he had last month.

The new Franklin and Marshall poll is the fifth non-partisan, live operator survey released this month in Pennsylvania to indicate a close contest for the state's 20 electoral votes.

The Franklin and Marshall poll indicates the president with a 56%-37% lead over Romney on handling foreign policy, a 54%-39% lead on being better able to understand the concerns of ordinary Americans and a 51%-42% lead on handling the job of military chief. But according to the poll, Romney has a 47%-42% advantage on fixing the economy.

Then-Vice President George H.W. Bush's 1988 victory in the state was the last time a Republican carried Pennsylvania in a presidential election. But the state remained competitive in the resulting cycles, until four years ago, when then-Sen. Obama eventually ended up carrying Pennsylvania by 10 points over Sen. John McCain. But two years ago, the GOP enjoyed a strong showing in the midterm elections, winning back the governor's office, a Senate seat and five House seats from the Democrats.

Most of this cycle, the state has seen little candidate traffic. But with the polls tightening, the Romney campaign is now planning on running TV ads in the state just before Election Day.

Talking to reporters Monday, Obama campaign manager Jim Messina said "we are going to win Pennsylvania," but added that "we're not going to take anything for granted and we're going to make sure we're doing what we need to do on the ground."

Messina also mentioned that the Obama campaign will go up with ads in the state.

The Franklin and Marshall College poll was conducted October 23-28, entirely after the final presidential debate, with 849 Pennsylvania voters, including 537 likely voters, questioned by telephone. The survey's sampling error for likely voters is plus or minus 4.2 percentage points.