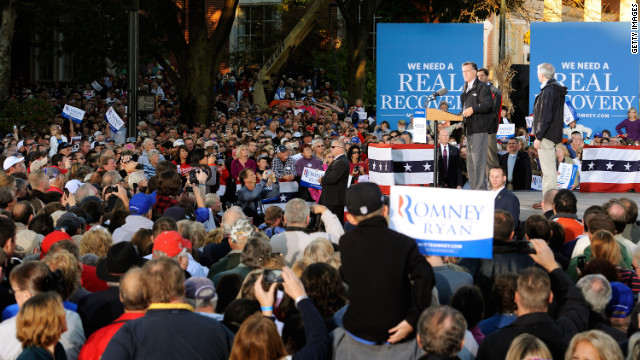 Romney campaign to hit the road with 100 surrogates

(CNN) - Mitt Romney and his running mate, Rep. Paul Ryan, will kick off a four-day tour starting Friday, where they'll be joined by their wives and 100 surrogates in the final days of the White House race, his campaign announced Wednesday.

Boehner will depart on his own bus tour in Ohio from Saturday to Monday.

A campaign source confirmed that Romney will be at the Verizon Center in Manchester, New Hampshire on Monday night, and Kid Rock will perform, as well.

On Wednesday, Romney and Ryan resume the campaign trail after canceling some events due to conditions related to Superstorm Sandy. Romney will travel to Florida for three campaign events, where he'll appear with former Florida Gov. Jeb Bush and U.S. Senate candidate Connie Mack. Ryan, meanwhile, will make stops in Wisconsin.