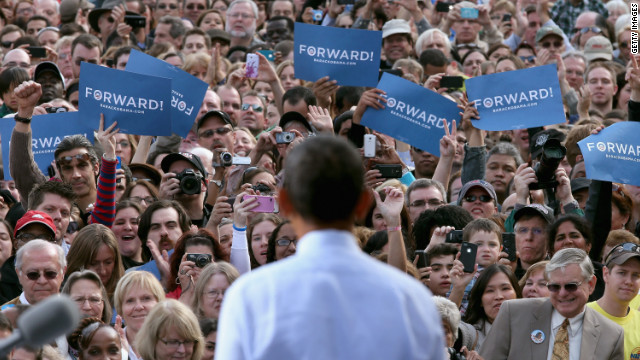 (CNN) - While President Barack Obama returns to the campaign trail on Thursday, he'll continue to push full speed ahead until Election Day.

His campaign announced Wednesday he'll pass through seven battleground states in the weekend blitz before voters head to the polls on November 6.

Before he sets off on the weekend tour, Obama will give remarks at three events in Ohio on Friday and travel to Wisconsin, Nevada and Colorado on Thursday.

As CNN reported earlier, Republican presidential nominee Mitt Romney will also be darting across the country this weekend. Starting Friday, the candidate, his running mate, their wives, and nearly 100 surrogates will fan out across eleven battleground states in a four-day swing.