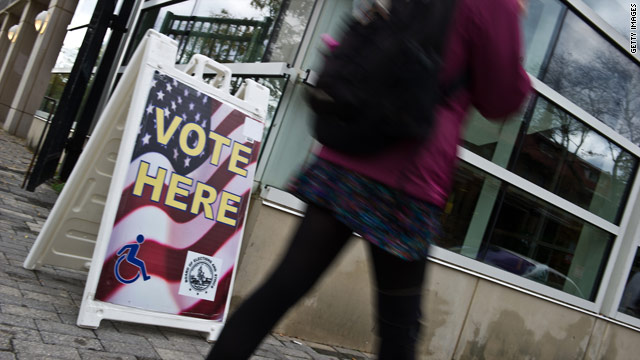 (CNN) - New York, one of the states hit hardest by Superstorm Sandy, has extended the deadline for absentee ballots and applications not delivered or requested in person, the State Board of Elections said.

New York City's election preparation efforts have also been hampered by flooding, power outages, and transportation shutdowns. The city's election board said their offices in Manhattan and Staten Island were closed and phone hotline was not operating correctly, but that additional staff had been assigned to handle absentee ballots and election preparations.

The state's original deadline to request an absentee ballot by mail or phone was this last Tuesday, when the storm was battering parts of the state, but the elections board said the deadline has been extended through Friday. While absentee ballots returned by mail can not be postmarked after Monday, the elections board extended by nearly a week the window for those ballots to be received.

The deadline for voters to submit an absentee ballot in person has not changed from Monday, the board said.

In person voting could hit hurdles, too, as a CNN survey on Wednesday of Long Island's Nassau County showed nine in ten polling stations were without power and nearly seven in ten were in flood plains.

The state elections board held an emergency meeting Wednesday afternoon to discuss the matter.

Sandy claimed at least 34 lives in New York, where over 1.5 million customers remain without power.

- CNN's Allison Brennan and Javi Morgado contributed to this report