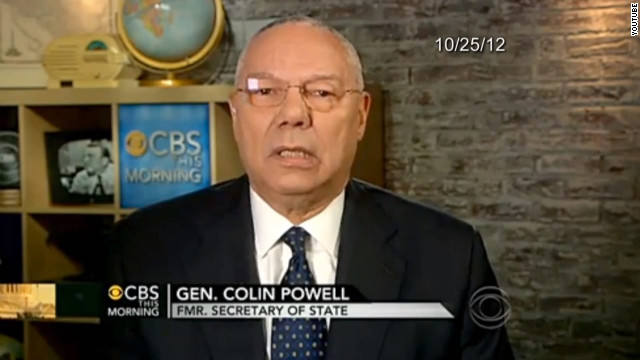 Powell endorsed the president last week on CBS' "This Morning," renewing his support for Obama that he first made public in 2008. The television ad, which is 30 seconds long, shows Powell espousing the president’s accomplishments in his first term on the morning program.

The one-minute radio ad, "Endorsed," features some of Powell's praise for Obama in last week's interview.