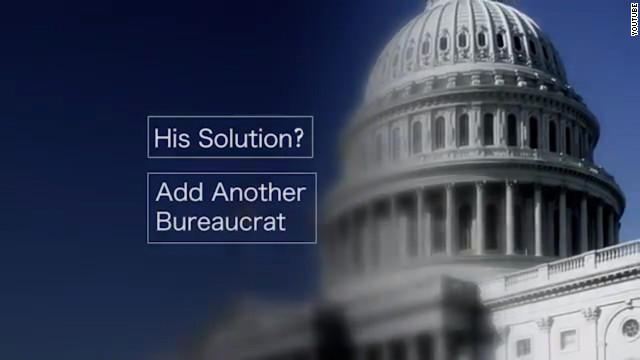 Obama made the proposition during an interview with MSNBC, saying he wanted to "consolidate a whole bunch of government agencies" that deal with various types of American businesses.

"There should be a one-stop shop," Obama said.

The ad from Romney's campaign released Thursday frames the comments as another attempt at big government from the Democratic incumbent, saying Obama's "solution to everything is to add another bureaucrat."

"Why not have a president who actually understands business?" a narrator in the ad says. "Under Obama, millions of people can't find work. And more families on welfare and a record number of Americans on food stamps. Mitt Romney understands business, knows how to create jobs and get our economy moving. He's done it before, he can do it again."

Romney's team isn't the first to criticize the president for the "secretary of business" suggestion – the conservative editorial page of the Wall Street Journal slammed the pitch under the headline "Secretary of Say What?" this week.