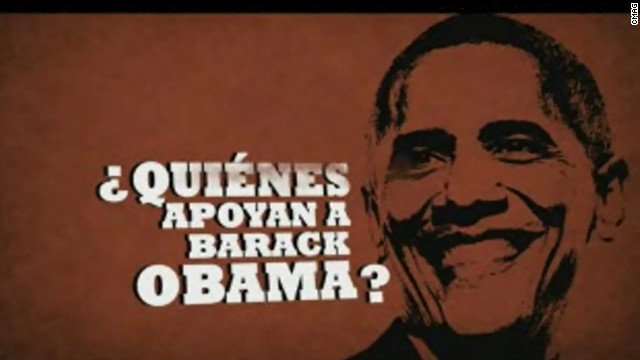 The ad spotlights endorsements from Chavez and Raul Castro's daughter Mariela, who both said they would vote for Obama if they could. According to ad-tracker CMAG, the spot aired Tuesday.

"Who supports Barack Obama?" a narrator asks in Spanish before clips of the two endorsements run.

"And to top it off, Obama's Environmental Protection Agency sent emails for Hispanic Heritage month with Che Guevara's photo," the narrator continues in the spot, referring to an internal email at the EPA. The agency later said it was sent in an unofficial capacity.

Chavez announced at the beginning of October that if he could vote in the U.S. election it would be for Obama. The leftist leader and strong man, who has used strong anti-United States language in his political rallies and official speeches, told state-owned VTV, "In the point of view of his politics, if I were voting, I would vote for Obama and I believe that if Obama was from Caracas, he would vote for Chavez, I am positive."

Latino voters, who are particularly concerned about Chavez's rule of Venezuela, make up a voting bloc seen as crucial this year. While non-Cuban Latinos overwhelmingly support Obama, according to polls, Romney and Republicans hold an advantage among more conservative Cuban-Americans.

Dan Restrepo, an Obama campaign spokesman and former special assistant to the president, said Romney "continues to play Hugo Chavez's game, giving Chavez the attention he thrives on and that he doesn't deserve."