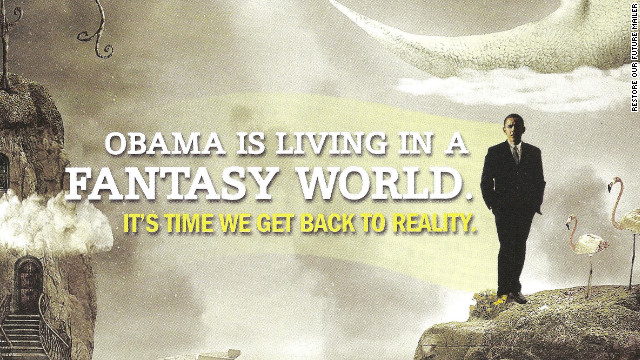 The mailer portrays the president strolling through a fairy tale world populated by snails, shooting stars, mushrooms, flamingos and a man in the moon hovering over fog-shrouded river.

"It's time we get back to reality," the postcard reads.

The mailer, which arrived in Virginia mailboxes last week, was provided to CNN by a Democrat who received it.

Read the mailer here and here.