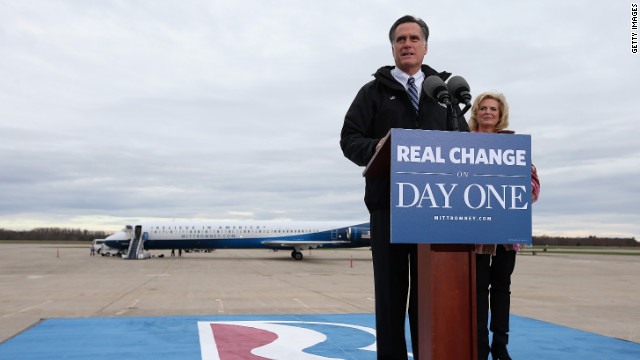 Milwaukee, Wisconsin (CNN) - During the course of his long run for the presidency, Mitt Romney has consistently presented himself to voters as a "turnaround" artist, or as his supporters have taken to calling him recently, a "Mr. Fix-It."

In making his closing argument to voters that he should have that chance to take his government tool belt to Washington, Romney has vowed to "bring people together," to govern as president.