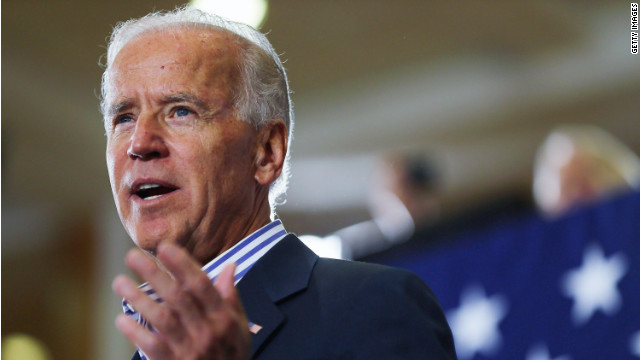 Biden: Republicans will be less partisan under second term for Obama

Putting the blame on the GOP, Biden maintained Republicans will feel less "controlled" by the far-right wing of the party, saying "I think you're going to see the fever break."

In a rare televised interview–conducted by MSNBC's Chris Matthews–Biden argued many Republicans in Congress will assume a "get-out-of-jail free" card after the election. The pressure, he said, to stick to a "hard, right edge" in order to be win re-election will be softened.

"They're going to start saying, 'Hey man, I no longer have an obligation to stick with the right of my party to say we're going to defeat this guy. He's there for four more years. He's done. It's over. Let's get something done'," Biden said, suggesting he's already talked to some Republicans about it, though he did not name any.

Both Obama and GOP presidential nominee Mitt Romney have expressed willingness to work across the aisle in the next four years. The issue will especially amplify as the lame duck Congress works to find a deficit-reduction deal by the end of the year, hoping to avoid the so-called fiscal cliff.

Biden, who made three campaign stops in the crucial swing state of Ohio on Sunday, said he expects Obama to carry Ohio, Iowa, Wisconsin, Nevada, and New Hampshire. He added they have an "even chance" to win Virginia and Florida.

"So it could be a big win. And it also could be close. But I think the firewall here of Ohio, Wisconsin, Iowa–I think it's going to hold firm," he said.