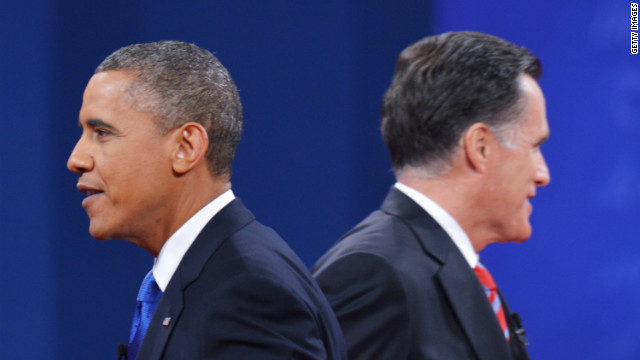 The Pew Research Center poll indicates Obama with 50% support among likely voters nationwide and Romney with 47% in their final pre-election survey.

The Pew survey showing Obama with a three-point edge over his Republican challenger indicates the largest advantage for the president of three other non-partisan, live operator, national polls released since Saturday.

A Pew survey released a week ago, conducted before Superstorm Sandy hit the East Coast on Monday, showed an even tighter race with both candidates receiving 47% support from likely voters.

The latest ABC/Washington Post tracking poll, conducted from October 31 through November 3 and released Sunday, showed Obama with a one point edge over Romney, 49% to Romney's 48%. The survey's sampling error of plus or minus 2.5 percentage points.

Another national poll from Politico/George Washington University, conducted from October 29 through November 1 and also released Sunday, showed the race for the White House in a dead heat with both candidates at 48% support among likely voters.

The Pew Research Center survey was conducted from October 31 through November 3 among 2,709 likely voters reached by telephone with a sampling error of 2.2 percentage points.

–CNN's Dana Davidsen and Paul Steinhauser contributed to this report.