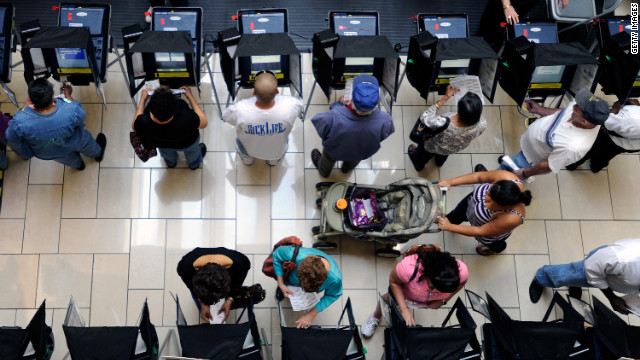 (CNN) - A day before Tuesday's election, millions of people in key states have already cast absentee or early ballots despite long lines, legal disputes over poll procedures and damage inflicted by Superstorm Sandy.

In Ohio, which may be the decisive battleground state, the deadline for early voting passed Monday afternoon. By Friday, more than 1.6 million of Ohio's 7.9 million registered voters had cast ballots, either in person or by mail, said Matt McClellan, a spokesman for Ohio Secretary of State Jon Husted. About 200,000 of the 1.3 million absentee ballots that had been distributed were still out, he said.