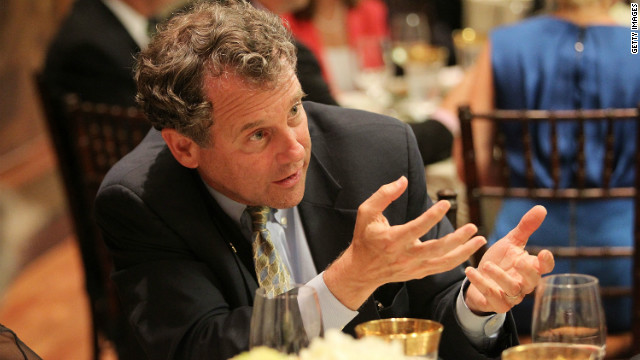 Primarily because of those frequent trips from President Barack Obama and Republican candidate Mitt Romney, the contest between Brown and Mandel played out in Ohio against the backdrop of the presidential election.

Fueled by super PAC money and advertising, the race got nasty at times. In total, $67 million dollars was spent on the election, according to the Center for Responsive Politics. Much of that – $34 million – was sent by outside advocacy groups.

During their third debates, Mandel and Brown battled over the auto bailout, abortion and each other's record. The testiness of the race spilled out on the debate stage – at one debate Mandel told Brown to "calm down" and called him "a liar."

Brown was first elected to the Senate in 2006, during a wave of Democratic victories in the Senate and House. Throughout most of the 2012 race, especially in September and October, Brown led Mandel by around 10% points in independent polling.