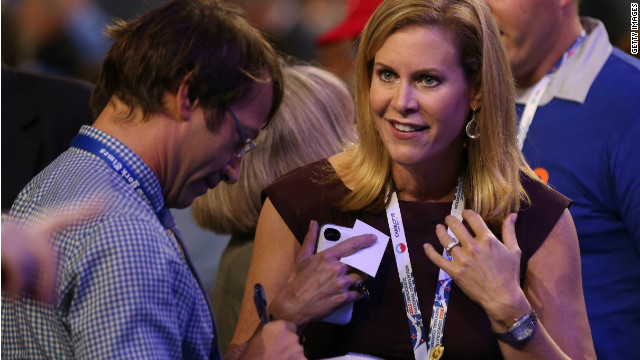 On the eve of the president's last campaign rally in Des Moines, Iowa Monday, Obama's campaign staff watched the event from Houlihans, the same restaurant at which they convened before his final event in 2008. They even ate the same meal: chicken wings.

As was the case in the last campaign, rituals permeated Team Obama in the days before Election Day. Male members of the team refrained from shaving, many of his aides sported clothing with 2008 insignias and the president convened his usual Election Day basketball game in Chicago.

Then-Sen. Obama's 2008 campaign headquarters were housed in the same building as the Houlihans, where staffers were a regular presence four years ago.

Cutter, who has been a constant force in the Obama world, described the president's mood Tuesday as "serene," "calm" and "excited."

She said they are not seeing anything they "didn't expect" on the ground and predicted a "decisive and early night."

The president's daughters are in town along with mother-in-law Marian Robinson, sister Maya Soetoro-Ng and brother in law Craig Robinson. They will all have dinner at the president's house in Hyde Park, Chicago.

"There will be lots of nieces and nephews running around," Cutter said. The president will then head to the Fairmont Hotel to watch returns with his staff.

"If we win battleground states, if we get to 270 I think the president will win popular vote," Cutter said. "That's not something we're concerned about. Tonight will be a good night, we will have a celebration here tonight."